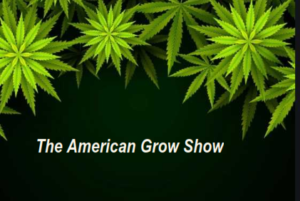 The American Grow Show is anticipated to be a 1/2 hour infomercial designed to appear as a regular television program showcasing various cannabis companies profiling their goods and services. Shot in the field and our studio, The American Grow Show will showcase and highlight each participating company. We aim to have companies that are American companies that produce products and services for Americans. We feel this is the right time for a show to see how great some of our American companies are. We anticipate that our host, who is undetermined at the moment, will serve to introduce and moderate discussions regarding a particular company, its executives and salespeople.

The American Grow Show will appear as a traditional business program. We intend to provide a sophisticated presentation integrating top quality editing, graphics and a fast-paced assortment of segments and commercials, all seamlessly blended together which will provide both entertainment and information for the viewers.

The American Grow Show  will allot each sponsoring company or client a minimum of 6 minutes of programming focused on their company and its product or service in addition to two 30 second commercials or any combination of the 6 minute timeslot as negotiated between CRS and the sponsor. Each sponsors' segment can appear in a variety of formats. We will allow the sponsor to choose a structure most effective for it from a segment spanning the continuous 4 min. time slot to a number of smaller segments profiling the sponsor.

Targeted airdate: Second Quarter of 2021. Although we have not yet entered into any formal agreements, we intend to air The American Grow Show on major New York television stations. With over 12,000,000 possible viewers and as a world financial center, we believe that penetrating the metropolitan New York marketplace is our most important initial goal. We intend to air the program on weekends, envisioning a Sunday late morning timeslot.

To be considered on our show, just contact us!